2000-Now, LANSA.
I am a Senior Pre Sales Consultant for the North East USA region.
I assist the sales managers to technically present the LANSA tools, help customers to evaluate and apply the tecnology in their environment and aim to the best use of the LANSA tools. I am presenting the LANSA products to customers and prospects, at conferences and exibitions. LANSA is a Repository based CASE tool for the IBM AS/400 that enables to create mission critical applications that can be deployed on a variety of platforms: Host centered with IBM AS/400 and 5350 IBM terminals, or Client/Server with servers as IBM AS/400, Windows NT, HP Unix nad clients as Windows, Web HTML, Java and XML. I work on projects for the Web and on Visual LANSA to keep up with the applied technology.
This is a role that involves a wide range of technologies focused on the integration of the LANSA tools with existing systems to improve the functionalities. New projects are also developed to address new requiremets of the IT industry like Web enablement and EDI.
Tools used: LANSA, LANSA for the Web, Visual LANSA, LANSA Client, which generates RPG for the IBM AS/400, C++ for Windows NT, HTML, Java, and JavaScript for the Web. Databases IBM DB2/400, SQL Server, Sybase. Query, Crystal Report, JavaScript. Component base development pervade the systems generated and Object Orientation is used in the Visual LANSA part for the Windows clients. FrontPage, HTML, DHTML, XML, XSL, JavaScript, Java, ADO, ActiveX objects for web interfaces. FTP, Telnet to connect and transfer files. NewLook for 5250 terminal emulation.

1998-2000, DP-Solutions.
I was a Senior Consultant, and team leader. I am consulting to a company (Datanomix) who builds with Obsydian COOL:Plex an electronic tax payment system for the IRS (USA Tax collecting service) that is going to be live in January 1999. The system is composed of several parts and I am in charge of a few subsystems like: Creation of abstract reusable objects to be inherited, Business Calendar, Scheduling, Data Transfer via FTP and MailBox or asynchronous communication to several services (Bacnk Of America, IRS, Bank 1, ...), and help working on others My activities involve designing the database structure for my subsystems and define the implementation programs to achieve the planned result. The system also has a WEB interface that connects with the system to allow transactions (tax payments or refunds) to be processed on line. Part of the application need to be enhanced and written in C++ and RPG or CL that I used for part of the development and to integrate with 3rd party applications.
A the Sterling World Wide user conference 1999 in Dallas I gave a speech about Project Management with COOL:Plex
Tools used: COOL:Plex which generates C++ for Windows (NT or 98) and RPG for the IBM AS/400 (OS/400 operating system). CL/400, WinC++, RPG, the database is the IBM DB2/400 SQL, Query. The system have been built using Object Oriented analysis and design.

1997-1998 Axis Consulting International Inc.,
My activity involved the development and coordination of projects using CASE tools in the Midrange division. Here I drove projects for clients, organize the development activities, I also taught Obsydian to the clients sites and to Axis midrange employees that will work on Obsydian projects. I did also create a fast approach class to Obsydian for users that already have knowledge of Model Based development tools such as Synon/2E. The people involved in projects were in groups varying from 3 to 10 and when we drive the project where I can leade the team the group consists normally of 2 or 3 people.
Tools used: COOL:Plex which generates C++ for Windows (NT or 98) and RPG for the IBM AS/400 (OS/400 operating system). CL/400, WinC++, RPG, the database is the IBM DB2/400 SQL, Query. Also using SyBase database to run the database on PC running Windows NT, HTML, FrontPage, JavaScript. All the systems were designed using Object Oriented analysis and design methodology.
I did work in several projects all involving the same platform. Wine production systems: Extending the features of an existing system for production planning. Car import export: Working as a consultant on managing dealer orders to match shipments and eventually reroute shipped cars to other locations. Health insurance: Working as a consultant to manage health plans with calls and services provided. I created a web site for Obsydian users on which I use HTM and Databases to enhance the data on the site and use Java and JavaScript for the logic on the site. The site is http://ObsydiaNik.Zordan.net

1995-1997 SYNON Italy: Teacher, Project leader, Speaker.
I was driving projects to be done with the company produced tool Obsydian or COOL:Plex. It is an OO and multiplatform Client/Server code generator from a single design model. I was managing the Obsydian projects, I was driving the client projects advising the clients on the best way to use the tool. I started tens of projects and was working continuously on 4 of them. I trained the clients at their location or at in house scheduled classes, I also did train on the job when the client requested a fast strat on the product . I did teach all the levels and classes from base to advanced and class development. I did also several pre-sales activity demonstrating the tool to prospects, and speaking at presentations and computer-exibitions. The team of people I was driving in projects varied from 3 to 15.
Tools used: COOL:Plex which generates C++ for Windows (NT or 98) and RPG for the IBM AS/400 (OS/400 operating system), or C++ for the Windows NT Server and SQL Servers like Microsoft SQL Server or SyBase. CL/400, WinC++, RPG, the database is the IBM DB2/400 SQL, Query.
The core of the tool is model based Object Oriented so every system has been defined applying Object Oriented analysis and design techniques. The projects I followed were several from Accounting to Clothing production and distribution to Travel agencies managements, ect.

1993-1995 AMER
At Amer I was EDP Manager. This was day to day a management ad organization job for the whole EDP in the company, from the main information system to the PC and their productivity tools. I had to reengineer, enhance and fix most of the software and use external resources for development. Hardware upgrades and new business rules to be inserted in the application. There were only 2 people in the EDP internally and an external power up to 3 developers.
Tools used: SUN OS Unix, C, Scripts, ACCEL Database and Development language, it is an event driven language on a relational database. Enhancements have been made with Smalltalk for production planning and verification of inventory.
Amer produces electric motors, so the business is production and distribution of mechanical parts.

1990-1993 Marzotto: Database administrator, System administrator
At Marzotto I was a Database administrator and System administrator. Marzotto is a big fabric and clothing company that owns several brands and other companies like Hugo-Boss, Marlboro sportswear, ... I was part of the team to redesign the company information system for migrating the system from an IBM 3090 Mainframe to a network of IBM AS/400 midrange computers. The system has been developed with IBM AS/400 and distributed in a geographical network from north to the center of Italy. It was a joint project with IBM. At Marzotto we used a high level analysis system on PC named Excelerator and a program generator on relational database that was Synon/2. The developer team was quite big, organnized in Project and team manager, 8 Analysts, 2 System manager, 1 Databse administrator, 15-25 Synon/2E developers (constructors).
Tools used: IBM AS/400, SQL, Query, Synon/2E, Excelerator, COBOL.
The company is a fabric and clothing production and the main scope of the project involved the clothing production for planning and sending parts out to other international manufacturers to distribute the production, recollect and redistribute the cloths to the resellers.

1988-1990 Alfa Data: Analyst programmer, Network administrator, Teacher, Integrator
I worked at Alfa Data on development of an accounting application developed with COBOL, I was responsible to migrate the sources to a new COBOL compiler for the PC area. Then I moved to support programs and users training on several common use programs like Word, Excel and others. I made experience in the use of PC networks Novell. I was Network administrator and teacher for the personal productivity tools. The development team was of 4 developers and the teaching power was of 2 people teaching either in our classes or at office locations.
Tools used: PC, MS-DOS, COBOL, Networks hardware and software, Novell, Windows, Excel, Work, PowerPoint, Lotus.
Alfa Data is an IBM hardware dealer so I was involved in supporting the software services connected.

1987-1998 Te.CAD
At Te.Cad I was an Analyst programmer, to develop and enhance the CAD program the company sold. Producing a CAD & CAM program on Apollo workstations. Here I developed and managed the porting of the application on other platform like SUN, IBM RT, PC ... . The programs were written in ForTran and then in C and Pascal. I was in charge of automating the source code migration to different platforms, the developer team was of 10 people with a Team leader.
Tools used: Unix Apollo, HP 9000, IBM RT6150, PC, C++, Pascal, C, FORTRAN, Unix windowing system.
Te.Cad produces a CAD CAM program that helps design architecture and work on metallurgic machinery to shape metal or to bend tin.

1986-1996 I.T.C.
At ITC I was analyst programmer. I developed billing programs, and a bankruptcy management software now nationally distributed. For that project I used BASIC. Here I was an analyst developer for the application in a team of 3 developers and a project manager.
Tools used: PC, BASIC, IBM S36.
ITC is a small software service company that works on many areas. 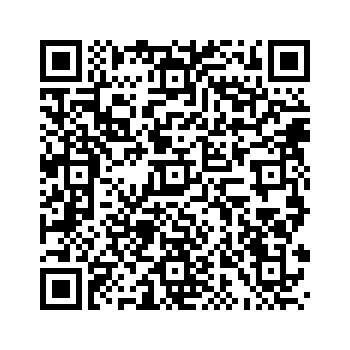